Postmodernism in Films: Boosting Your Script

Boosting your script from an amateur work to a professional piece might be difficult. In attempting to create something unique, many screenwriters end up producing an underdeveloped script. This issue comes from the fact that young writers reject old conventions and, therefore, have no base to build on. To improve your script, Best Edit provides a postmodernist approach to scriptwriting.

Before discussing postmodernism in film, it’s important to learn what postmodernism and modernism are. Modernism, as the word suggests, is inspired by modern life and modern problems. Modernism in art “explores limits of a given medium” and, as a result, finds innovative approaches to a genre. Modernist authors are aware of themselves and the world around them. Because of this, they adopt political and social issues to their scripts. Directors and screenwriters place attention on their figures and signatures (e.g., Orson Welles who played in some of his films).

The most visible adopters of modernism in cinema are the directors of the Italian neorealism (the 1940s-1950s) and French New Wave (late 1950s-late 1960s). The former style told stories of the working class, while the latter one rejected the classical movie conventions. Both were mostly shot on locations with non-professional actors. The authors of those times were highly affected by the aftermath of WWII and American culture. As a result, they kept referring to these phenomena in their movies.

As part of the modernism in film, the term auteur developed. The term refers to a filmmaking theory that prioritizes the role of a director and his or her vision. American director Alfred Hitchcock, who practiced the dictatorship of the director, is one of these examples. Because he was aware of himself and his figure to the world, he kept appearing on the screen and breaking the fourth wall by talking to the audience. Enforcing the importance of auteurs and the idea of reaching the limits of genres, modernism has become a so-called “high” culture, which was made for elitists rather than the general public.

After the development of modernism in cinema, postmodernism appeared and became popularized in the 1980s – 1990s. Postmodernism in film, just like modernism, is aware of the world around and its role in it. However, postmodernism doesn’t try to find something new in a genre, rather it plays with established conventions and subverts them.

Not only do postmodernist authors know you’re watching a movie, but they also know what kind of a movie you’re watching. They assume that, as an audience, you’ve seen enough films to have a set of expectations from each genre. Having this in mind, they play on your expectations and create unexpected plot turns.

Besides playing with the conventions established by modernists, postmodernists mix so-called high and low cultures. Quentin Tarantino is one of the most popular examples of a postmodernist. In his movies, he uses our expectations and mocks them, while mixing elements of different genres. He takes tropes from past films to create something completely new. He even plays with the awareness of history – a distinct element of modernism – and develops it by changing historical facts in his movies (e.g., Inglorious Bastards (2008) and Once Upon a Time in Hollywood (2019)).

You can see that Tarantino doesn’t just copy old movies but uses them as a tool. He’s made homages to numerous films in his works so that the audience who has seen them might expect particular outcomes during a scene. Yet, because Tarantino knows about these outcomes, he changes them and, in turn, elevates the script.

While working on your piece, you might about the conventions of a genre and think about ways to subvert them. For example, if you’re writing a detective story, you might reveal the identity of the killer at the beginning or the middle of the story instead of waiting until the last act.

Another postmodernist scriptwriter is Charlie Kaufman. Unlike Tarantino, who focuses on breaking genre expectations, Kaufman works with our knowledge of actors, directors, and the Hollywood industry. In his debut film, Being John Malkovich (1999), Kaufman fantasized about a tunnel that can transport anybody’s mind into the body of John Malkovich, who played himself. Here, Kaufman mixes reality with fiction by introducing a real person as one of the characters in the movie. The contrast between the two worlds becomes even more visible when you realize how absurd the whole plot is.

Later, Kaufman continued working on the sense of self-awareness in his film Adaptation (2002), where, as the main character, Nicholas Cage had to play Charlie Kaufman and his fictional brother. Part of the movie takes place on the film set of Being John Malkovich. Meanwhile, the second part of the film is shortly summarized in a script that Kaufman’s brother writes in the first part. Once again, Kaufman assumes we know enough about him to understand the movie.

Another example of Kaufman’s postmodernism comes from his film Synecdoche, New York (2005). In the movie, Caden Cotard (Philip Seymour Hoffman) is a theatre director who wins a grant to write and direct a play in New York. Throughout the story, the scale of the play progresses from a relatively big set in a warehouse into an enormous city of New York built inside the actual New York. Everyone plays everyone, including a person who plays Cotard. We understand that the play will never be finished until Cotard’s death.

In Synecdoche, New York, Kaufman fantasizes about a conventional story of a director finally having a chance to work on his most important project. Besides playing with conventions of the genre, Kaufman is highly referring to another postmodernist film 8 ½ (1967) directed by Federico Fellini, where the movie director kept changing the script due to his creative crisis.

Besides playing with our expectations with the script, Kaufman, as well as some other postmodernist authors, chooses actors who wouldn’t be usually considered for such roles. Thus, we have a comedic actor Nicholas Cage playing a self-cautious, complex character of Kaufman; supporting actor Philip Seymour Hoffman playing the lead role of Cotard; and John Malkovich playing himself.

All the elements used by Tarantino, Kaufman, and many other authors work because they’re built on assumptions that the audience knows what to expect from a film. You as the author can use the same approach to elevate your work. Instead of putting a normal character into an unusual situation, you might think of a normal character in a usual situation but with a different outcome.

Essentially, you learn the guidelines created by past authors and break them. As a result, you create a new set of guidelines. While writing your next script, think about what you’d expect from your characters. And think about why it can happen differently.

Let’s finish this article with a quote by a great scriptwriter and director Jim Jarmusch:

“Nothing is original. Steal from anywhere that resonates with inspiration or fuels your imagination. Devour old films, new films, music, books, paintings, photographs, poems, dreams, random conversations, architecture, bridges, street signs, trees, clouds, bodies of water, light, and shadows. Select only things to steal from that speak directly to your soul. If you do this, your work (and theft) will be authentic.

Authenticity is invaluable; originality is non-existent. And don’t bother concealing your thievery – celebrate it if you feel like it. In any case, always remember what Jean-Luc Godard said: ‘It’s not where you take things from – it’s where you take them to.’”

If you like what you read, check out more articles on screenwriting in our blog where we offer tips to improve your scenes and explain how to write a good story ending.

If you already have a script and need help with sharpening it, or you need help with editing your story, check out our services. Best Edit offers different editing and proofreading services because we care about your growth and improvement as a writer. 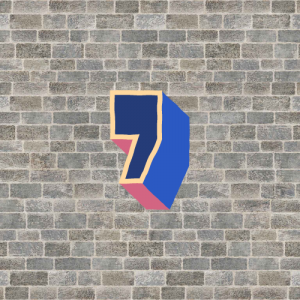 As an editing service that works with many English as a Second Language (ESL) writers and native speakers, we notice many common 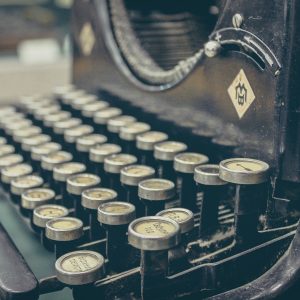